I am in Paris and passed near the scene of killing on the rue Beaumarchais on Friday evening. I had dinner ten minutes from another target. Everyone I know is safe, but many people I do not know are dead or traumatized or in mourning. It is shocking and terrible. Today the streets were populated in the afternoon, but empty in the evening. The morning was completely still.

It seems clear from the immediate discussions after the events on public television that the «state of emergency», however temporary, does set a tone for an enhanced security state.  The questions debated on television include the militarization of the police (how to «complete» the process),, the space of liberty, and how to fight «Islam» – an amorphous entity.   Hollande tried to look manly when he declared this a war, but one was drawn to the imitative aspect of the performance so could not take the discourse seriously.

And yet, buffoon that he is, he is acting as the head of the army now.   The state/army distinction dissolves in the light of the state of emergency. People want to see the police, and want a militarized police to protect them. A dangerous, if understandable, desire. The beneficient aspects of the special powers accorded the sovereign under the state of emergency included giving everyone free taxi rides home last night, and opening the hospitals to everyone affected, also draws them in. There is no curfew, but public services are curtailed, and no demonstrations are allowed. Even the «rassemblements» (gatherings) to grieve the dead were technically illegal. I went to one at the Place de la Republique and the police would announce that everyone must disperse, and few people obeyed. That was for me a brief moment of hopefulness.

Those commentators that seek to distinguish among sorts of muslim communities and political views are considered to be guilty of pursuing «nuances.» Apparently,the enemy has to be comprehensive and singular to be vanquished, and the difference between muslim and jihadist and ISIL becomes more difficult to discern in public discourse. The pundits were sure who the enemy was before ISIL took responsiblity for the attacks.

It was interesting to me that Hollande announced three days of mourning as he tightened security controls – another way to read the title of Gillian Rose’s book,  «mourning becomes the law.» Are we grieving or are we submitting to increasingly militarized state power and suspended democracy? How does the latter work more easily when it is sold as the former?  The public days of mourning are to be three, but the state of emergency can last up to twelve days before the national assembly has to approve it.

But also, the state explains it must now restrict liberties in order to defend liberty – that seems to be a paradox that does not bother the pundits on television.  Yes, the attacks were quite clearly aimed at iconic scenes of daily freedom in France: the cafe, the rock concert venue, the football stadium.  In the  rock concert hall, there was apparently a diatribe by one of the attackers committing the 89 brutal assasinations, blaming France for failing to intervene in Syria (against Assad’s regime), and blaming the west for its intervention in Iraq (against the Baathist regime). So, not a position, if we can call it that, against western intervention per se.

There is also a politics of names: ISIS, ISIL, Daesh. France will not say «etat islamique» since that would be to recognize the state. They also want to keep  «Daesh» as a term, so it is an Arabic word that does not enter into French. In the meantime, that organization took responsibility for the killings, claiming that they were retribution for all the aerial bombing that has killed muslims on the soil of the Caliphate. The choice of the rock concert as a target – a sight for assasinations, actually – was explained: it hosted «idolatry» and «a festival of perversion.» I wonder how they come upon the term «perversion.» Sounds like they were reading outside of their field.

The presidential candidates have chimed in: Sarkozy is now proposing detention camps,  explaining that it is necessary to be arresting those who are suspected of having ties to jihadists. And Le Pen is arguing for «expulsion», having only recently called new migrants «bacteria.» That one of the killers of Syrian origin clearly entered France through Greece may well become a reason for France to consolidate its nationalist war against migrants.

My wager is that the discourse on liberty will be important to track in the coming days and weeks, and that it will have implications for the security state and the narrowing versions of democracy before us.

One version of liberty is attacked by the enemy, another version is restricted by the state.  The state defends the version of liberty attacked as the very heart of France, and yet suspends freedom of assembly («the right to demonstrate») in the midst of its mourning and prepares for an even more thorough militarization of the police. The political question seems to be, what version of the right-wing will prevail in the coming elections?  And what now becomes a permissable right-wing once le Pen becomes the «center». Horrific, sad, and foreboding times, but hopefully we can still think and speak and act in the midst of it.

Mourning seems fully restricted within the national frame. The nearly 50 dead in Beirut from the day before are barely mentioned, and neither are the 111 in Palestine killed in the last weeks alone, or the scores in Ankara. Most people I know describe themseves as «at an impasse», not able to think the situation through. One way to think about it may be to come up with a concept of transversal grief, to consider how the metrics of grievability work, why the cafe as target pulls at my heart in ways that other targets cannot.   It seems that fear and rage may well turn into a fierce embrace of a police state. I suppose this is why I prefer those who find themselves at an impasse. That means that this will take some time to think through.  It is difficult to think when one is appalled. It requires time, and those who are willing to take it with you – something that has a chance of happening in an unauthorized «rassemblement.» 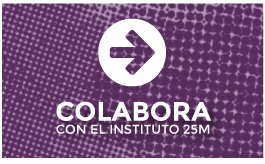 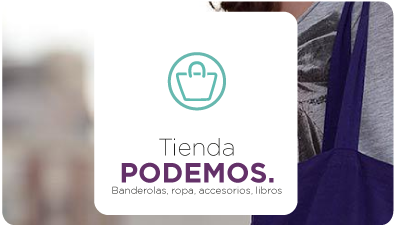 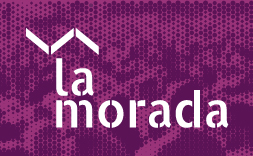